Grab your friends, co-workers, and teams and sign up now to compete in real rinks with official referees. Each game is played on 50% to scale NHL-sized rinks with real boards and real netting. Our tournament features street hockey for divisions of all ages, genders, and skill levels. Whether you play hockey or are just looking for something fun to do with friends, this is the perfect tournament for you. Music will be playing at each rink throughout the day. Indulge in your favorite food and beverage vendors, drinks with the team, and kill time by playing our interactive games such as the hardest shot, mini stick rinks, shooting accuracy, and more. From the official partners of Barstool Sports, Tampa Bay Lightning, Chicago Blackhawks, and more!

Registration for this event has closed.

Click the image below to see the schedule full screen. 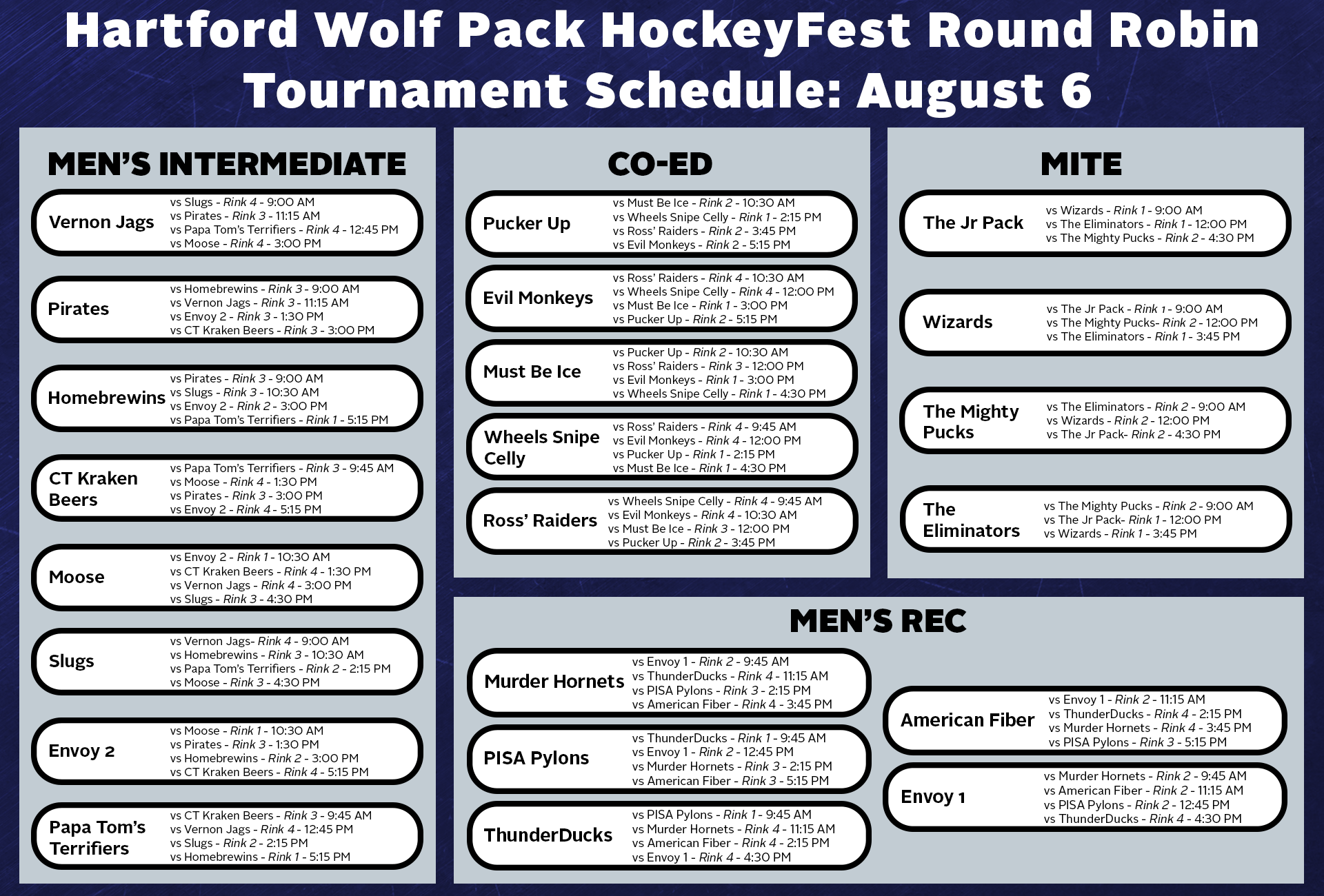 Each age classification will be broken out into boys and girls brackets. Each of those brackets will be further divided into competitive vs recreation groupings.

HockeyFest reserves the right to combine divisions based on team registration numbers, if necessary.